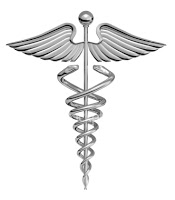 In a unanimous ruling, the California Supreme Court has ruled that doctors cannot withhold care from gay people because they are personally opposed to homosexuality.

Justice Joyce Kennard wrote that two Christian fertility doctors who refused to artificially inseminate a lesbian have neither a free speech right nor a religious exemption from the state’s law, which “imposes on business establishments certain antidiscrimination obligations.”

In the lawsuit that led to the ruling, Guadalupe Benitez, 36, of Oceanside said that the doctors treated her with fertility drugs and instructed her how to inseminate herself at home but told her their beliefs prevented them from inseminating her. One of the doctors referred her to another fertility specialist without moral objections, and Benitez has since given birth to three children.

Nevertheless, Benitez in 2001 sued the Vista-based North Coast Women’s Care Medical Group. She and her lawyers successfully argued that a state law prohibiting businesses from discriminating based on sexual orientation applies to doctors.

The law was originally designed to prevent hotels, restaurants and other public services from refusing to serve patrons because of their race. The Legislature has since expanded it to cover characteristics such as age and sexual orientation.

“It was an awful thing to go through,” Benitez said. “It was very painful — the fact that you have someone telling you they will not help you because of who you are, that they will deny your right to be a mother and have a family.”

Benitez has given birth to three children through artificial insemination — Gabriel, 6, and twin daughters, Sophia and Shane, who turn 3 this weekend. She is raising them in Oceanside with her longtime partner, Joanne Clark.

Jennifer Pizer, Benitez’s attorney, said that the ruling was “a victory for public health” and that she expected it to have nationwide influence. “It was clear and emphatic that discrimination has no place in doctors’ offices,” Pizer said.

The clinic that lost their Supreme Court case has vowed to donate money to overturn gay marriage. So there!

Previous Knights Of Columbus Give $1M To Prop 8
Next Surf City, NYC