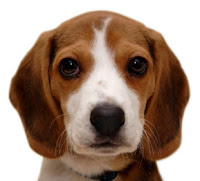 Beijing Restaurants: Dogs Are 86’d, May We Suggest The Whale Penis? China has taken dog off the menu at the official Olympic eateries and is asking local restaurants to do the same.

Those who hope to taste dog meat when they visit Beijing for this summer’s Olympics may be disappointed. The Beijing Catering Trade Association has ordered all 112 designated Olympic restaurants to take dog off the menu, and has strongly advised other establishments to stop serving it until September. Waiters have been urged to “patiently” suggest alternative dishes to customers who ask for dog. It’s all part of a wider campaign to avoid offending foreigners during the Games.

Summer is considered off-season for dogs anyway. For realz. As the linked story points out, dogs may be man’s best friend, but pigs too are smart, friendly, and affectionate. Not to mention delicious. I think I might taste dog meat, once, just so I could say I’d done it. Not sure about that. Would probably give me nightmares. Which I never have about bacon.