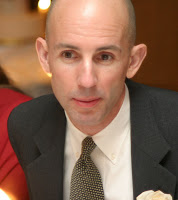 Activists belonging to the libertarian wing of the Republican Party continue to mourn the loss of Kent Snyder, a 49-year-old gay political operative credited with propelling the presidential campaign of U.S. Rep. Ron Paul (R-Texas) into a national, grassroots movement that raised more than $35 million.

Snyder, who served as Paul’s campaign chair, died of pneumonia on June 26 after being hospitalized for about two months and after running up medical bills exceeding $400,000, according to friends and family members, who said he did not have health insurance.

Gay staffers from the Paul campaign, some speaking on condition that they not be identified, said they learned about Snyder’s unpaid medical bills from a web site created by his friends that calls on Paul supporters to contribute to a special fund to help Snyder’s family pay the bills, which come mostly from a two-month hospitalization. So far, the site (kentsnyder.com) has raised about $32,000.

Previous Newsweek Poll Shows Obama’s Lead Down To Three Points, Others Show Lead As High As Eight
Next Time For Some Campaignin’