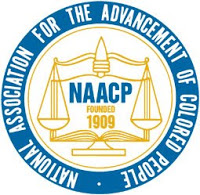 According to a press release from the nutters at Parents & Friends of Ex-Gays, in 2006 they were allowed to have an exhibit at the annual NAACP convention and have been invited back.

Parents and Friends of Ex-Gays and Gays (PFOX) sent out a mailing today titled “NAACP Rocks,” referencing a 2006 letter of appreciation from the organization to PFOX. According to the attached copy, PFOX held an exhibit at the NAACP annual convention that year. It is not yet known if they participated in 2007 or if they will be there this year, but the email suggests they plan on participating in 2009

Read the entire story on Ex-Gay Watch. This is surprising and disappointing news, especially in light of NAACP head Julian Bond’s numerous expressions of support of LGBT rights.