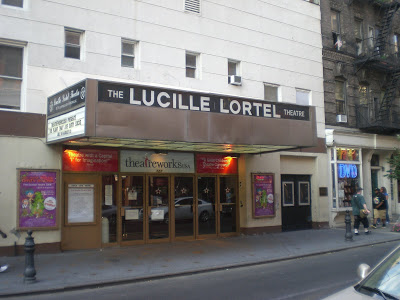 Built on Chrisopher Street in 1955 as the Theatre Dy Lys, the Lucille Lortel Theater was renamed after the famed actress in 1981 as an anniversary gift from her husband. The first play I ever saw in NYC was Lynda Barry’s The Good Times Are Killing Me at the Lortel. That was 1991, I think. I was a complete freak for Ernie Pook’s Comeek and had my aunt get us tickets for opening night.