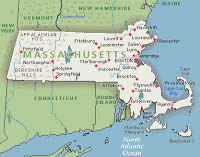 Today the Massachusetts Senate repealed the 1913 law limiting marriages performed there to residents of the state. The bill passed by a general voice vote with no objections.

The bill now moves to the state House of Representatives where it is expected to pass overwhelmingly. Governor Deval Patrick has promised to approve the bill “proudly”, which will put a recognized-at-home legal marriage within a few hours drive for New York’s gay couples.

The 1913 law was originally created to prevent interracial couples from crossing state lines to marry. It was ignored for decades until former Gov. Mitt Romney invoked it to prevent out-of-state gays from using their Massachusetts marriages to force court cases in their home states.