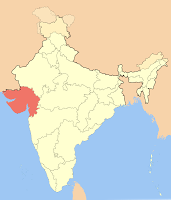 According to the Times Of India, a lack of available women caused by the practice of aborting female fetuses is causing a “marked increase in gay activity” and male prostitution in the northwest state of Gujarat.

AHMEDABAD: The 2001 census ranked Mehsana as the district with the worst skewed sex ratio of just 801 women per 1000 men. The after effects are being seen now, with the north Gujarat town witnessing a marked increase in gay activity. All thanks to the dearth of eligible brides because of rampant foeticide over the years. Trends show that many affluent Mehsana men in their 30s are now wining and dining gays from Ahmedabad.

Suresh (name changed), a prominent figure in the gay circuit of Ahmedabad, is now being sought out frequently by unmarried men from Mehsana. “I get at least eight to 10 calls each month from Mehsana who pick me up from Ahmedabad. We check into guest houses on the Ahmedabad-Mehsana highway,” says Suresh, who works in a cloth merchant’s office in Kalupur. “Most of them prefer men over women as taking female sex workers to guest houses is risky,” adds Suresh, who says there are at least half a dozen men like him in Ahmedabad who regularly entertain clients from Mehsana.

Increasing homosexuality is seen as the reason why Mehsana ranks after the migrant hub of Surat in terms of HIV prevalence. Mehsana’s men have been known to buy brides from tribal areas, as there is an acute shortage of girls in most communities. “While homosexuality is increasing everywhere, in the case of Mehsana the skewed sex ratio could be fueling this trend further,” says sociologist Gaurang Jani.

Previous The Real Velvet Mafia
Next Bush Versus Bush