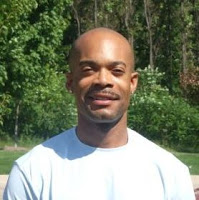 Wingnut site WorldNetDaily is reporting that a gay Michigan man is suing two local Christian publishing houses for a combined $70M for putting out versions of the Bible which he says featured deliberately changed Biblical admonishments against homosexuality.

Bradley Fowler, 39, claims the changes by Zondervan and Thomas Nelson Publishing caused his family to ostracize him and created twenty years of personal “demoralization, chaos and bewilderment.”

U.S. District Judge Julian Abele Cook Jr. refused Monday to appoint an attorney to represent Fowler in the Thomas Nelson case, saying the court “has some very genuine concerns about the nature and efficacy of these claims.”

Fowler, who is representing himself in both lawsuits, says in his complaint against Zondervan that the publisher intended to design a religious, sacred document to reflect an individual opinion or a group’s conclusion to cause “me or anyone who is a homosexual to endure verbal abuse, discrimination, episodes of hate, and physical violence … including murder.”

WorldNetDaily notes a particular passage that Fowler is complaining about. From Fowler’s blog:

In 1970, I Corinthians 6:9 read as followed- Know ye not that the unrighteous shall not inherit the kingdom of God? Be not deceived: neither fornicators, nor idolaters, nor adulteres, nor idolaters, nor adulterers, nor effiminate, nor abusers of themselves with mankind. In 1982 ,the same scripture read like this- Do you not know that the unrighteous will not inherit the kingdom of God? Do not be deceived, neither fornicators, nor idolaters, nor adulterers, nor homosexuals, nor sodimites. In 2001 the same scripture reads like this- Surely you know that the people who do wrong will not inherit God’s kingdom. Do not be fooled, those who sin sexually, worship idols, take part in adultery, those who are male prostitutes, or men who have sexual relations with other men, those who steal, are greedy, get drunk, lie about others, or rob thses people will not inherit God’s kingdom.

Fowler says that he became obsessed with Biblical translations during his time in prison. He seems to mostly be upset with the change from “effeminate” to “homosexual.”

Previous Obama To Get His Reagan Moment
Next Senate Approves FISA, Warrantless Wiretapping To Become Law