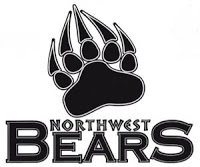 The U.S. Olympic Committee wrote to the Seattle-area Northwest Bears Club to protest their calling this year’s camp-out the “Kamp Kodiak 2008 Olympic Village” on grounds of trademark infringement. (They also didn’t like the name “Big Ass Bear Olympics with Dr. Bob.”) Brendan McDonald, the event’s organizer, responded with this bit of hilarity:

It is with bewilderment and amusement that we received your letter asking our friendly local club to refrain from using the term “Olympic” for our annual camping trip at the Miller River Campground Aug. 7-11. I am the chief organizer of this event, and consider myself fairly representative of the Northwest Bears and Northwesterners in general. Let me give a little background on myself, and perhaps you will see the inherent paradox. I was born on a small logging town on the Olympic Peninsula of Washington State at Olympic Memorial Hospital. My family and I enjoyed spending vacations at Olympic National Park, where our favorite spot was the Olympic Hot Springs. I was able to finish high school one year early due to credits earned through Olympic Community College in Bremerton. I then attended college in Olympia, the capital of Washington State since 1889, where I belonged to a club that spent weekends hiking in the Olympic Mountains. I earned my way through college by working at the Olympic Boat Center, knowing more about boats than cars due to my upbringing in this Olympic environment. Upon graduation, I moved to the community of Bellingham, where I lived on Olympic Drive, until I moved near Seattle, where I enjoy having guests stay at its premier hotel, the Olympic Four Seasons. Please do not interpret my remarks as disrespectful. I am certain that you are simply a working person like ourselves. Basically, we are just a group of easy-going software engineers, loggers, aerospace workers, cancer researchers, and baristas trying to put salmon and cappuccino on the table just like anyone else. But I hope that you will appreciate that we consider anything “Olympic” to be our birthright, our heritage, and part of our local culture, and that we balk at anyone who suggests that we have no inherent right to this term. That having been said, we also understand that you have the law on your side. Remove the name “Olympic” from our website? Done. The Olympic Torch? The rings? Even Dr. Bob’s Big Ass Bear Olympics? Done, done, and done. We are 100% clean, and now you can check us off of your hit list. Best regards to the Committee,
Brendan McDonald P.S. The Northwest Bears would like you to know that we are breathing a collective sigh of relief that the Miller River Campground is in the Cascade Mountains, and not the Olympics.

The Olympics wrote back to say “thanks, file closed.” Well done, Brendan.