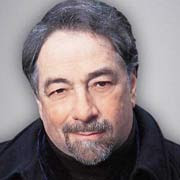 Days after his claim that 99% of autistic children just need to be smacked into proper behavior, a seven-station radio network has cancelled Michael Savage’s radio show.

Super Talk Mississippi, which owns and operates seven conservative radio stations in Mississippi, issued a press release today stating that Michael Savage and his radio show Savage Nation had been canceled effective immediately. The radio broadcaster said Savage had crossed-the-line with comments he made about autistic children. Last week, media watchdog Media Matters posted on their site a transcript from radio talk show host Michael Savage where he claimed that autism was a “fraud” and a “racket” where “99 percent of the cases, it’s a brat who hasn’t been told to cut the act out.” Parents of autistic children were outraged. They said the comments were cruel and demanded an apology. Instead of an apology, Savage lashed out at Media Matters. During Tuesday’s three-hour Savage Nation broadcast, Savage called the group a “Stalinist,” “anti-family,” “illegitimate, dangerous fascist group.” He also asserted that the group “ha[s] no place in America.”

Savage has previously lost jobs for similar behavior, once telling an MSNBC caller to “die of AIDS, you pig.” It appears that his comments on autism may have finally been enough for stations and advertisers. A boycott of his show has been organized by the parents of autistic children, some of whom protested outside the Manhattan studios of a local station that carries his show. Despite being rabidly anti-gay on his show, Savage has been reported to be a deeply-closeted gay man who once had an affair with legendary beat poet Allen Ginsberg.