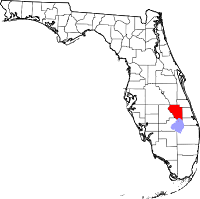 Victory One: At a rural Florida high school a federal judge has finally overruled the local school board and allowed the Gay-Straight Alliance to meet on campus.

In a move the American Civil Liberties Union is calling “groundbreaking,” a federal judge has ruled in favor of students who claimed the school board discriminated against them by opposing their gay tolerance club. The Gay-Straight Alliance of Okeechobee High School may now meet on campus like all other non-curricular school groups, and their case against the School Board of Okeechobee County is closed, U.S. District Judge K. Michael Moore wrote in an opinion signed Tuesday. Moore granted the GSA’s motion for summary judgment and ruled the School Board violated the club’s First Amendment rights by refusing to recognize it as a non-curricular student organization. Moore also ruled that the School Board is statutorily obligated by the federal Equal Access Act to grant the club the same rights to meet on campus as other non-curricular student groups do.

Okeechobee is a tiny farming town near the center of the state. The case had dragged for the last two years. Previous coverage on JMG is here. “The Holmes County School Board has imposed an outright ban on speech by students that is not vulgar, lewd, obscene, plainly offensive, or violent, but which is pure, political, and expresses tolerance, acceptance, fairness, and support for not only a marginalized group, but more importantly, for a fellow student at Ponce de Leon,” Smoak wrote. Smoak held that any disruption in the school was not a result of the “innocuous symbols and phrases at issue” but due to Davis’ “animosity toward students who were homosexual and his relentless crusade to extinguish the speech supporting them.” At trial, [Principal] Davis testified that he believes homosexuality is a sin and an abomination that God will punish.

The above case grew out of straight student Heather Gillman’s protest over the principal having called the parents of a lesbian student to out her. Gillman led supportive students to wear gay pride buttons and slogans written on their bodies. Previous coverage of Heather Gillman’s story on JMG is here.

Once again, we all owe the ACLU a debt of gratitude for doing the grunt work of the LGBT movement.