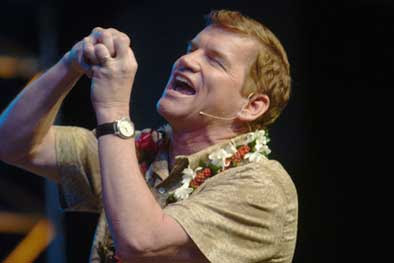 A Colorado Springs television station has obtained an email sent by disgraced former televangelist Ted Haggard to a personal friend in which Haggard for the first time admits having had sex with escort Mike Jones and having used unspecified drugs on several occasions.

In an e-mail obtained by NEWSCHANNEL 13, former New Life Church Pastor Ted Haggard admits to sexual contact with a gay escort and using drugs. This is the first public revelation of what Haggard claims is the full story of what happened between him and his accuser, Mike Jones.

Haggard sent the e-mail to close family friend Kurt Serpe back in October. In it, he writes: “I was referred to Mike Jones from the concierge at a Marriott hotel when I asked for a masseur.” The e-mail then becomes more detailed and sexual in nature.

Jones went public about his alleged three-year paid relationship with Haggard in November 2006. Haggard was forced to quit as leader of New Life Church and head of The National Association of Evangelicals.

Over the course of five visits, Haggard bought those drugs, but never specifies what kind. “I actually used them three times, throwing them away in shame before use two times. It is for these offenses that I confessed being immoral and deceitful.”

Serpe tells NEWSCHANNEL 13 he asked Haggard point-blank for the truth. “I thought it was important to know, so I could have clarity.” Serpe has known the Haggard family for more than 20 years. His family began going to New Life when Haggard held services in the basement of his home. Serpe stopped going to New Life after Haggard was forced to resign.

Haggard and his family moved back to their $700K home in Colorado last week after he flunked out the restraightification program he’d been sent to in Arizona.