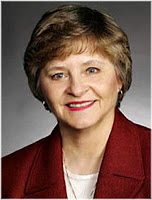 The bill state that “students may express their beliefs about religion in homework, artwork and other written and oral assignments free from discrimination based on the religious content of their submissions. Homework and classroom assignments shall be judged by ordinary academic standards of substance and relevance and against other legitimate pedagogical concerns identified by the school district. Students shall not be penalized or rewarded on account of the religious content of their work.”

Henry said students are already allowed to express their faith through voluntary prayer and other activities. He said the legislation was well-intended, but vague and “may trigger a number of unintended consequences that actually impede rather than enhance such expression.”

Schools could be forced to provide equal time to fringe groups that masquerade as religions and advocate behaviors such as hate speech. “Additionally, this bill would presumably require school officials to determine what constitutes legitimate religious expression, subjecting them to an explosion of costly and protracted litigation that would have to be defended at the taxpayers’ expense,” Henry said.

Previous Carl Simons, 44
Next The McCain Loyalty Oath For Gays