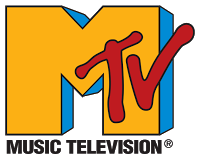 He’ll be preaching to the converted, but it looks like Obama’s gonna get to put some ads on MTV after all, thanks to a reversal of long-standing policy at Viacom.

Jeannie Kedas, exec VP-communications for MTV’s music networks, said the change is effective immediately and reflects the importance of the youth vote.

“Given where we are in the election cycle, and how the youth vote has increasingly engaged and played a crucial role in past presidential elections, we re-evaluated the MTV policy and decided that campaign-approved ads would be a good fit for our audience, and would complement our ‘Choose or Lose’ campaign efforts,” she said. “It’s a good thing when candidates want to reach out to young people, and the best way to do that is through MTV.”

Totally nice of MTV to say “yes” to a few million dollars from probably the first politician that has interested their viewership since, like, ever.