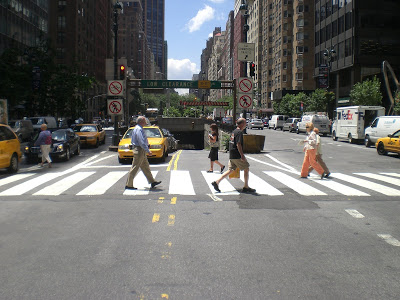 The Murray Hill Tunnel drops two lanes of Park Avenue traffic underground from 33rd Street to 41st Street, rising back to street level just in front of Grand Central. Built in 1834, it originally carried the New York and Harlem Railroad (now Metro-North) and years later, that company’s streetcar line. The tunnel was originally an “open cut”, but was roofed over in the 1850’s. The eight blocks of the Murray Hill Tunnel are the longest stretch of Manhattan’s streets without a traffic signal and baby, at night the cabbies freakin’ roar through that sucker. This pic embiggens nicely.