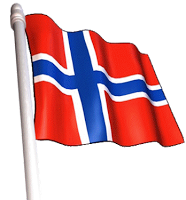 Norway, which first granted its LGBT citizens the right to civil unions way back in 1993, today legalized same-sex marriage.

Members of Parliament in Norway today approved a bill that will allow same-sex couples to marry by 84 votes to 41. The new law will make marriage gender neutral. The Scandinavian country already allows gay and lesbian couples to enter into civil partnerships, but LGBT rights groups had long complained the law does not go far enough.

In 2004 a similar law, which proposed to abolish the system of civil partnerships and replace it with one single gender neutral marriage law for all citizens, was rejected by the Norwegian parliament. The new legislation, while not full equal marriage, amends the definition of civil marriage in Norway to make it gender neutral.

It will replace a 1993 law that gives gays the right to enter civil unions similar to marriage, but refuses them the right to church weddings or to be considered as adoptive parents. As well as more equal partnership rights, it would expand the provision of parenting rights.

Family Issues minister Anniken Huitfeldt, introducing the bill in March, called it “an historic step towards equality.” She also had a message for some members of Parliament who claimed the bill would weaken tradition marriage. “The new law won’t weaken marriage as an institution,” Huitfeldt told Parliament. Rather, it will strengthen it. Marriage won’t be worth less because more can take part in it.”

And the dominoes continue to fall.