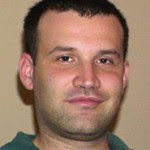 “The Human Rights Campaign, America’s largest gay-rights group, recently announced plans to spend at least a half-million dollars to defeat the California Marriage Protection Act. What a waste; gays and lesbians have far more urgent needs. The Golden State constitutional amendment poses no substantive threat to them – it will take nothing away from same-sex couples but the word “marriage.” Even if HRC wants Californians to vote no on the initiative, $500,000 is a lot to spend on a struggle to retain an unpopular court victory that’s only semantic and symbolic.

“Instead, some of the cash (say, half) should go to achieve rights for same-sex couples who live in states that are much more hostile to gays and lesbians than California. A third of the US population lives in the 18 states that have passed constitutional amendments barring same-sex marriage and any other kind of recognition similar to marriage for gay and lesbian couples.

“(That these states passed these measures as a reaction to the gay community’s drive to sue its way into “marriage equality” is another sign that campaign isn’t such a great idea.)

“HRC is pushing for gays in San Francisco to be able to use their favorite term for their relationships. Meanwhile, gay and lesbian couples in Dallas and Ann Arbor and Norfolk have no way to make sure hospitals let them visit each other when one is sick and have to hope a judge won’t prevent them from inheriting each other’s property – and custody of their children – should one of them die.

“Constrained by one such constitutional amendment, advocates for fairness in the most unlikely of places – Salt Lake City – have come up with a creative solution that is both constitutional and alleviates the distress of nonmarried couples. Salt Lake couples who share a “mutual commitment” – whether their relationship is conjugal or not – have a set of rights, including insurance and workplace benefits.

“The gay movement should use the cash wasted on the California battle to try to achieve as many rights as possible for same-sex couples in states like Georgia, Ohio and Wisconsin. The other quarter-million dollars should be spent in California – but to help gays and lesbians facing much more pressing needs than the ego boost of having the government tell them they’re married instead of in a domestic partnership.” – Gay conservative David Benkof in an opinion piece in today’s New York Post.

Benkof writes columns for several gay newspapers and blogs at Gays Defend Marriage, which bills itself as “a website for LGBT folks who support marriage as the union of husband and wife—and getting the gay leadership to return to more pressing LGBT issues for our community.”

While I don’t disagree that marriage equality shouldn’t be our number one issue (longtime readers of this blog will know that I am much more passionate about ENDA), Benkof is apparently willfully ignoring the national ramifications of the California ballot fight. What happens there will affect the battle for marriage equality nationwide for years and years to come. Everybody knows the old saying “goes California, goes the nation.” Everybody except David Benkof, that is.

I’d rather we had a unified gay leadership pouring tons of money into a completely inclusive ENDA, but that battle is over for the time being. The California marriage fight is here, it is now. On this, the HRC is doing the right thing.