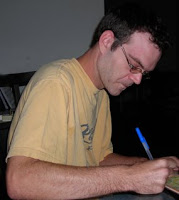 Bob Dole has decided to let all hang out. The former presidential candidate made public an e-mail he sent to former White House Press Secretary Scott McClellan after hearing details of McClellan’s new tell-all book. I’m just going to go out on a limb here and guess that he’s off the Bob Dole Christmas card list.

There are miserable creatures like you in every administration who don’t have the guts to speak up or quit if there are disagreements with the boss or colleagues. No, your type soaks up the benefits of power, revels in the limelight for years, then quits, and spurred on by greed, cashes in with a scathing critique.

In my nearly 36 years of public service I’ve known of a few like you. No doubt you will “clean up” as the liberal anti-Bush press will promote your belated concerns with wild enthusiasm. When the money starts rolling in you should donate it to a worthy cause, something like, “Biting The Hand That Fed Me.” Another thought is to weasel your way back into the White House if a Democrat is elected. That would provide a good set up for a second book deal in a few years.

I have no intention of reading your “exposé” because if all these awful things were happening, and perhaps some may have been, you should have spoken up publicly like a man, or quit your cushy, high profile job. That would have taken integrity and courage but then you would have had credibility and your complaints could have been aired objectively. You’re a hot ticket now but don’t you, deep down, feel like a total ingrate?

I love it how Bob Dole’s name is in all capital letters. Bob Dole would never be obsessive about Bob Dole’s own name, would he? At least he didn’t say, “In Bob Dole’s nearly 36 years…”

McClelland was reportedly paid $75,000 for his tome. A White House staffer referenced the Bible (*gasp*) in response by telling the media, “Ironically, in today’s dollars that amount is worth exactly 30 pieces of silver.”