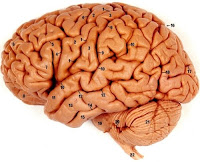 Scientists have recently found that the brains of homosexuals have structural and functional differences from those of their straight counterparts.

The Wellcome Trust Centre for neuro-imaging at University College London used magnetic resonance imaging, or MRI to look into the brains of 80 men and women, including 16 gays and 15 lesbians.

They found that lesbians have a “male-like” proportion and distribution of grey matter in their brain when compared with heterosexual women.

“In homosexual women, the perirhinal cortex grey matter displayed a male-like structural pattern,” the researchers said in a paper published in the Public Library of Science. The perirhinal area is associated with social and sexual behaviour. Another study done in Sweden claims that chemical pheromones, which affect our sense of smell, are different for gay men and straight men.

Writing in the Proceedings of the National Academy for Science, Ivanka Savic of the Karolinska Institutet presented 12 gay men, 12 heterosexual woman and 12 heterosexual men with male sweat.

She found that both heterosexual women and gay men responded strongly when smelling male sweat which contained a chemical found in the male hormone testosterone while heterosexual men have little response.

These work reports similar findings to the widely published work of Simon LeVay in 1991. LeVay worked on brains of both homosexual and heterosexual people who died of AIDS and found that the anterior hypothalamus, an area linked to sexual behaviour, is twice as big in heterosexual men compared to women and homosexual men.

As the story notes, both this new study and LeVay’s used very small samples, making their conclusions difficult to support.

Previous On Party Etiquette
Next The Real David Benkof