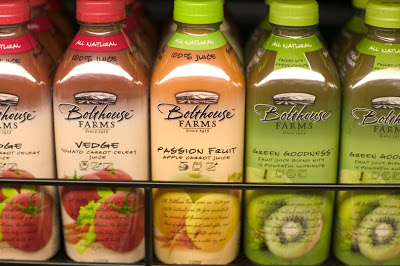 The gay blogosphere got angry yesterday upon news that the guy who founded juice company Bolthouse Farms, a brand popular with many gay health and fitness enthusiasts, has donated $100,000 to support the anti-gay marriage ballot measure in California.

Bakersfield carrot farmer William Bolthouse donated $100,000 to an initiative aiming to fight gay marriage — a measure that will appear on the Nov. 4 ballot along with the presidential race. The initiative qualified for the ballot Monday, less than a month after the state Supreme Court overturned a ban on gay marriage. June 17 marks the date when California counties will be permitted to issue marriage licenses to same-sex couples.

The National Organization for Marriage California donated $700,000 to the campaign. One of the organization’s largest financial contributors includes Bolthouse, who declined to comment about his donation Tuesday. The measure’s proponents said the campaign to promote the initiative may exceed $30 million. Supporters have spent about $1.8 million to collect signatures and publicize the initiative, according to campaign filings. Other supporters include San Diego developer Terry Caster ($172,000); hotel developer Manchester Financial Group of San Diego ($125,000); Fieldstead and Co. of Irvine ($400,000) and Knights of Columbus Headquarters in Connecticut ($250,000).

According to Wikipedia, Bolthouse sold a 57% majority stake in the company two years ago but his family still controls the remainder. I suggest you switch to Odwalla. They haven’t killed anybody in years. You can go to the Bolthouse Farms site and them know how you feel.