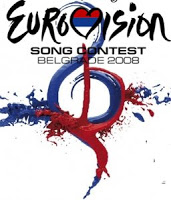 The British embassy in Belgrade will issue a pamphlet of “advice” to gay fans heading to the Eurovision Song Contest in Serbia this month, after fears were raised that local fascists plan to attack homosexual attendees.

The British Embassy in Belgrade is funding the production of an information leaflet for lesbian, gay, bisexual and trans people planning to visit the city for the Eurovision Song Contest later this month. The Gay Straight Alliance (GSA) of Belgrade will be producing the leaflet, “with all kinds of useful information to be distributed to LGBT fans travelling to Belgrade.”

The GSA says it will contain “practical information on what kind of behaviour to avoid, what safety measures to take, useful telephone numbers etc.” Last month representatives of GSA, Eurovision and the Serbian police officials met to discuss the possibility of homophobic violence at this years event. The meeting, organised by GSA, sought assurances that the police will adequately protect visitors from homophobic attack.

Human rights activists have raised concerns that LGBT fans visiting Serbia will be targeted by fascist elements in the country. Gay men are a particular target, according to the president of the fascist organisation Obraz, who announced his violent intentions in the pages of daily newspaper ALO! a few weeks ago.

According to the GSA, local police want to know where to expect crowds of gay fans to gather so that they can adequately protect them. However in 2001, Serbian police stood by while fascists and others attacked a gay pride parade in which many LGBT people were seriously injured. This time around, with Serbia on the international stage for the first time in the young country’s existence, it is hoped that the government will work to avoid any embarrassments.