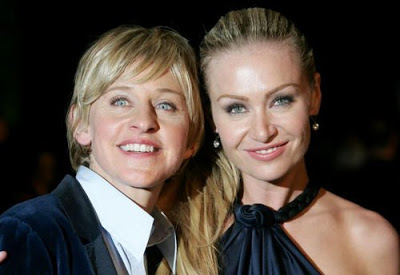 During a taping of her show yesterday, Ellen Degeneres announced that she would be marrying her partner Portia de Rossi. The announcement came hours after California’s Supreme Court issued their ruling. The show will air today. I’ll have the clip for you later today.

Kudos to Ellen and Portia for wasting no time. This immediate announcement by America’s most popular TV celebrity could sway many voters when they vote in November on whether to overturn the Supreme Court’s ruling.

Previous Hurray! Only Five More Years Of War!
Next Wingnuts Ask For Delay In Marriages