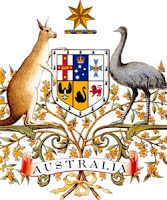 Sweeping Reforms For Australia’s Gays, But No Marriage The Australian government has announced over 100 reforms giving gay couples almost the same rights as straight couples – with the notable exception of marriage.

The move has been welcomed by LGBT groups but has drawn criticism over the refusal to legalise ‘gay marriage’. Under the changes, gay couples in long-term relationships would be treated the same as married couples on issues such as taxation, pensions and welfare payments. Attorney General Robert McClelland announced that the Labour government would introduce legislation next month to remove same-sex discrimination from some 100 laws.

McClelland told reporters in Canberra: “The changes will provide for equality of treatment in a wide range of areas including superannuation, taxation, social security, workers compensation and pharmaceutical benefits,” “These will make a practical difference to the lives of a group of fellow Australians who, for far too long, have suffered discrimination at a Commonwealth level.”

Pink News provides a recap on the status of the marriage equality movement worldwide:

The Netherlands was the first country to allow same-sex marriage in 2001. Same-sex marriages are also recognized in Belgium, Spain, Canada and South Africa. The first same-sex union in modern history with government recognition was obtained in Denmark in 1989.

In the United Kingdom, civil partnerships have identical legal status to a marriage, and partners gain all the same benefits and associated legal rights; ranging from tax exemptions and joint property rights, to next-of-kin status and shared parenting responsibilities.