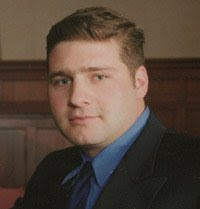 “Can you imagine officials at a middle school, junior high or high school setting aside a day to promote “tolerance” for heavy smoking and drinking among children? How about a day where teachers encourage kids to “embrace who they are,” pick up that crack pipe and give it a stiff toke?

“But that hasn’t stopped officials in thousands of schools across the country from promoting other politically correct and socially “in-vogue” behaviors that – both statistically and manifestly – are every bit as dangerous as the aforementioned frowned-upon behaviors.

“That’s exactly what the homosexual activist “Day of Silence” is all about – advancing, through clever, feel-good propaganda and full acceptance of the homosexual lifestyle among children. – Concerned Women For America spokes-asshat Matt Barber, in a WingNutDaily piece titled Surgeon General’s Warning: Gay Sex Kills.

Most of Barber’s piece hinges around STD rates among gays. Which has everything to do with school bullying.