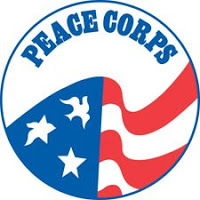 Peace Corps To Pozzers: Get Out The ACLU is warring with the Peace Corps over their policy of rejecting volunteers who are HIV positive.

Jeremiah Johnson joined the Peace Corps because he wanted to help people, but was forced to quit after giving nearly a year and a half of service because he is HIV-positive. Now, Johnson, 25, is working with the American Civil Liberties Union to get the Peace Corps to change its policy on how it treats volunteers with HIV. “I only want the Peace Corps to change its policy so it is in accordance with federal anti-discriminatory laws,” Johnson said. “And if it is in accordance with federal laws, at least clarify what their policy is so another volunteer wont have to experience the stress brought on by this.” Johnson, a 2005 graduate of the University of Colorado at Boulder, spent more than 16 months teaching English in a Ukrainian secondary school before he was sent home and terminated from the Peace Corps when an HIV test came back positive. On Monday, the ACLU sent a four-page letter to the Peace Corps on behalf of Johnson, demanding that the they stop barring people with HIV from serving as volunteers. A Peace Corps official declined to comment on the incident until they are able to review the ACLU’s letter.

In a written statement they said they cannot discuss medical or other privacy protected matters concerning volunteers. Cates and the ACLU think it is illegal under the Rehabilitation Act for the Peace Corps to discriminate against Johnson because he has HIV. The letter cites a recent federal appeals court decision finding that it is illegal for the Foreign Service to bar people with HIV from serving.

The Peace Corps says it cannot send people with potentially serious medical conditions to remote parts of the world where medical treatment may not be immediately available.

Previous Doctor, He SAID He Was A TOP!
Next Nail Salon