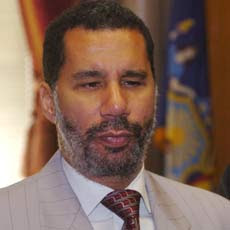 The New York Times has a fascinating story on how Gov. Paterson deals with his blindness in his daily duties.

It is a phone number that just a handful of the governor’s senior aides know. At the end of each day they call in and record briefings, laying out what he needs to know about the following day. They recite his schedule, read talking points and explain the intricacies of issues likely to come up. They read memos from staff members and relate biographical details about the people he is likely to meet.

Lots of governors rely on thick briefing books and helpful e-mail notes from their staffs. New York’s governor, David A. Paterson, who is legally blind, has his ears and what his aides call his Batphone. Usually at night, in the Executive Mansion or at his family’s home in Harlem, the governor listens to the recordings on the designated phone line. They run up to five minutes each and can pile up quickly, taking hours to absorb.

“Last night I had 43 messages, all of them five minutes in length,” Mr. Paterson said in an interview. “That would be 215 minutes worth of material — over three hours.”

According to the story, Paterson plays the recordings at a high speed that is incomprehensible to most. He does not read Braille.