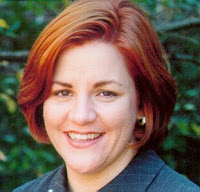 The New York Post says the office of New York City Council Speaker Christine Quinn has been funneling money into sham organizations in order to later use the funds to reward those faithful to her.

City Council Speaker Christine Quinn’s office hid millions of taxpayer dollars by allocating grants to phantom organizations as a way of holding the funds to dole out political favors later – bogus bookkeeping that is the subject of city and federal probes, The Post has learned.

Among the dozens of fabricated groups that were slated to receive funds were the “Immigration Improvement Project of New York” ($300,000), the “Coalition for a Strong Special Education” ($400,000) and the “American Association of Concerned Veterans” ($422,763).

The total amount set aside in 2007 and 2008 for the fake organizations – which are each listed by name in the city budget after being inserted at the council’s request – was $4.7 million. In the two years, 30 phantom groups were listed, council aides confirmed.

The money, in effect, became a slush fund for the speaker and was later used at Quinn’s discretion to reward groups that were loyal to her and to fund favored council members’ pet projects, sources told The Post. The scheme gave “the speaker a stash of cash with which to thank or pay off politically important allies or cooperative council members,” a source said.

Quinn says she blew the whistle herself when she learned of the slush fund and had demanded that staffers end the practice. Quinn: “I was kind of sick over the fact that there were things listed in the budget that were not accurate and that my instructions to the staff were disregarded.” Two of Quinn’s top finance aides have been forced out over the issue. Quinn, who is openly lesbian, plans to run for mayor of NYC after Bloomberg is term-limited out of office in 2009.