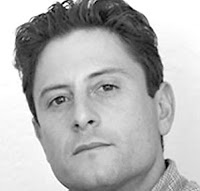 “The decline in the public sex culture and gay bars can be attributed, in part, to the rise of the Internet. However, a larger trend, captured by the Times magazine article, is at work. A good portion of men in their mid 20’s have been out of the closet for more than a decade. (They were barely in.) Having had a normal adolescence, they are already burnt out on gay bars and ready to start families.

“A couple of weeks ago, I visited Washington and met up with the friends I used to party with in the mid to late 90’s. Today, they are all in long-term relationships and in bed by the time they used to wake up from their disco naps.

“The changes in the gay social scene have happened so fast that they are sometimes difficult to comprehend. It’s as if someone slipped a roofie into the GLBT community’s mimosa and while we slept Rudy Giuliani swooped down in drag and cleaned up our Times Square.

“Sometimes, I fondly reminisce about the good old days. Then, I recall that that the endless party was a product of our oppression. The storied “days” were actually really late nights – and as I get older, I want to be up on Sunday morning in time to watch “Meet the Press.”

“Caught between the wild party and wedding party generations, the rapid pace of change can seem unsettling, yet reassuring.” – Activist and author Wayne Besen. Read the entire piece.