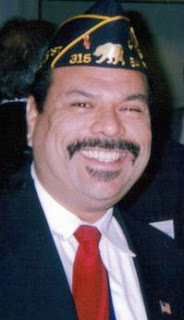 John Caldera, an openly gay HIV+ Navy veteran will carry the Olympic torch today for a portion of its route through San Francisco, the torch’s only U.S. stop.

Caldera told the Bay Area Reporter Thursday, April 3 that he was unaware if any other torchbearers will be members of the LGBT community. So far the list of people selected has not been released, and calls to David Perry, a San Francisco-based gay man hired to handle local media requests about the torch relay, did not immediately return a call seeking comment.

The torch’s visit is its only stop in North America and has elicited controversy for weeks, as protesters ranging from Falun Gong to pro-Tibet groups and those upset with China’s dealings with Darfur have tangled with city officials over permits to demonstrate along the relay route. The recent crisis in Tibet, where protesters clashed with Chinese security officers, has also heightened tensions around the torch’s visit.

After last weekend’s massive protests forced the torch onto a bus for much of its tour of England and France, San Francisco officials are ready for similar demonstrations today. Caldera: “This is a once-in-a-lifetime opportunity. No one in my family has been a torchbearer. Those who want to protest should be able to protest. I just hope I don’t get hit with tomatoes.”

If I recall correctly from my days in SF, John is also a former Mr. California Bear or some similar title. So the headline should probably read “Gay HIV+ Navy Veteran Bear To Carry Torch.” Congrats to John and let’s hope he’s treated well.