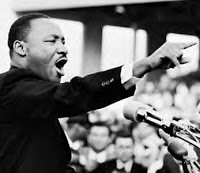 One of my two most vivid childhood memories is standing in my grandmother’s living room in Newark, at age four, pondering all the adults’ horrified reactions to the assassination of JFK. I didn’t understand what had happened, why the women in my family were sobbing as the men spoke quietly with grim, fear-filled faces.

The other memory comes from when I was eight, when I heard my father call his parents from our home in North Carolina, warning them to stay off the streets, because “this King thing is going to tear the goddamn city apart again.” The previous year, Newark had suffered some of the worst civil unrest in American history, with the dozens of deaths and hundreds of burned buildings prompting my mother’s parents to sell their house at a loss and follow most of the other white residents out of town.

The ugly fact that racism and urban rioting had scattered my family weighed heavily on my mind last year when I sought out my grandparent’s former Newark home for first time in 40 years. I was surprised and happy to see that the house still stood (and actually looked pretty good), but I was also depressed to see that the neighborhood I’d remembered as bright, full of shops and kids on bikes, was now bleak, wary, and as full of iron-barred windows as any penitentiary.

I guess the point of this post is to wonder how much has really changed since Martin Luther King, Jr. was assassinated 40 years ago today. Much lip service has been paid to civil rights, tremendous advances have been made in the law, and the rise of a black middle class is encouraging. But to walk some of the streets of Newark today, optimism might be the last thing that comes to mind.