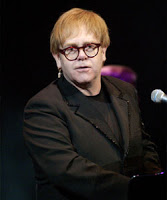 Elton John is playing a fundraiser concert for Hillary Clinton at Radio City Music Hall tonight in a show that has raised questions about the Federal Election Campaign Act which seeks to limit “foreign intervention” in American elections.

The FECA “prohibits any foreign national from contributing, donating or spending funds in connection with any federal, state, or local election in the United States, either directly or indirectly. It is also unlawful to help foreign nationals violate that ban or to solicit, receive or accept contributions or donations from them. Persons who knowingly and willfully engage in these activities may be subject to fines and/or imprisonment.”

The Clinton campaign contends that it has fully complied with the act and is paying all of the “back of house” costs for the show, with all tickets sales going to Hillary. The $125 and $300 tickets are sold out, with tickets for $500 – $2300 still available. The top ticket price matches the maximum amount that American individuals can contribute to a campaign.

Previous The Two Hillarys
Next PFLAG: Sally Kern Is A Liar