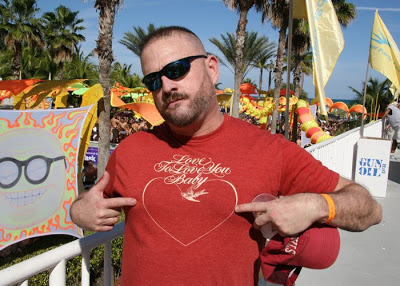 Doin’ It Right, Night After Night

For some disco history, head over to PopDose where JMG blog-pal John Hughes has just posted a great piece on Donna Summer’s unmatched reign of 1979’s pop charts, when she scored three #1’s out of five Billboard Top Five smashes. John makes special note of Bad Girls album track Sunset People, which is easily the most popular Donna Summer track never to be a single.

Go to PopDose for a free download of Sunset People and edumacate yourself to the song that had all the gay boys bumping that year. John’s also dug up a campy video of Sunset People/Bad Girls from Summer’s Bad Girls TV special. Can it have been almost 30 years? I can still remember sitting in traffic and ripping the shrink-wrap off my cover of Bad Girls because I couldn’t wait until I got home.

For the record, Bad Girls is my 4th favorite Donna Summer album, behind 1977’s Once Upon A Time (my #1 all-time album, period), 1976’s Love Trilogy, and I Remember Yesterday, also from 1977. Can you imagine one of today’s artists being so prolific and yet so consistently good? Donna Summer’s new album Crayons, her first new studio album in 17 years, will be released on May 20th and the advance word is great. Previous McCain: I’d Boycott The Olympics
Next Fun With Shoppers