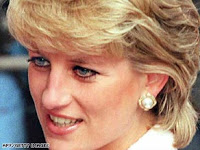 The London jury mulling the inquest into the death of Princess Diana and Dodi Fayed has ruled that the accident was an “unlawful killing”, saying that her death was the result of negligent driving by her chauffeur and the pursuing paparazzi vehicles. (And the world says, “Duh.”)

The inquest found no evidence of a government plot to kill Diana, despite such claims from Fayed’s father and others. The jury’s only task was to rule on the cause of death, not to place blame. It remains unclear whether charges might be brought against the involved paparazzi.

Previous Absolut Bigotry
Next NC School Board To Excuse Haters