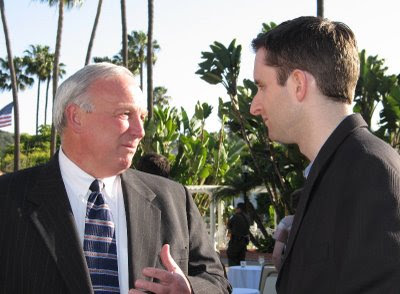 “We understand that it’s an education process on [marriage] but Gov. Schwarzenegger has signed more pro-gay bills than any governor in American history,” Sammon said. “I understand the rationale he’s used for vetoing the [marriage] bills. It doesn’t mean I agree with it but I understand the rationale. … I’m more focused on what happens if there’s an affirmative [California Supreme] Court ruling [on same-sex marriage] by June 5 — what’s the governor’s position going to be on an [voter-initiated constitutional] amendment to possibly roll back whatever decision is made? … I’m optimistic that marriage equality can be achieved in California and I’m optimistic that we can have a successful effort to defeat this amendment or, hopefully, keep it off the ballot.”

And unsurprisingly, the LCR plans to endorse John McCain.

“We’re pleased he was nominated. Our posture during this campaign was stopping Mitt Romney. We’re proud of the role we played with our ad campaign and, you know, Sen. McCain, we endorsed him in his Senate re-election in 2004; in 2000 a lot of our members were very supportive of his campaign, and certainly this time as well. We know he’s someone who’s an inclusive Republican who understands the party needs to get back to its core principles and we are excited about the campaign ahead.”

Schwarzenegger and former U.S. Ambassador John Bolton will speak to the Cabinettes today.