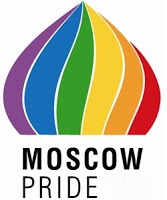 The organizers of Moscow Pride have invited the mayors of Paris, Berlin, and London to their event in the hopes forcing their local authorities to allow Pride festivities to take place and to act respectfully during the events.

The organisers of Moscow Pride have invited the Mayors of London, Paris and Berlin to attend this year. Last year’s event was banned and gay protesters, including Peter Tatchell and Right Said Fred singer Richard Fairbrass, were physically attacked by a homophobic mob.

In a letter to the three Mayors Nicolas Baev and Nicolas Alexeyev said:

“Knowing and respecting you as prominent supporters of civil rights for LGBT people, we would like to invite you to take part in the human rights conference and manifestation for LGBT rights and against homophobia which will take place in Moscow on May 30th and 31st 2008. You always support the fundamental right of homosexual people to openly manifest and to publicly express themselves. All of you also regularly take part in Gay Pride parades in your own cities.

“Unfortunately, Russian LGBT people have no such an opportunity to manifest and openly protest against homophobia and in support of their civil rights. Their constitutional right to freedom of assembly is constantly violated by Moscow city authorities.

“Taking into account the bans of the public Pride events in the Russian capital in 2006 and 2007, we are not sure that Mosow Mayor Luzhkov will permit Gay Pride manifestation this year. We appeal for your help and your sincere support for the third Moscow Pride which will celebrate 15th anniversary since decriminalisation of homosexual relations in Russia.”