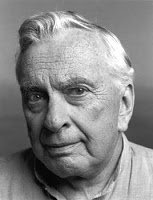 “Now, to Newsweek’s obituary of this late dishonorable American in which my editor-friend assures me that his brain-dead son Christopher had a hand: “Buckley bridled at bullies.” And who was the bully in context? Myself. He was also an expert at changing indefensible contexts. Buckley maintained that I supported revolutionaries who favored murdering U.S. Marines. Yet all the talk of Nazis etc. was started by Buckley. There was no lie he would not tell to get back at those who defeated him in debate.

“The current editors at Newsweek appear to have listened eagerly to his son Christopher, who is guiding them to a benign view of what had been a most hysterical queen (WFB), much admired by a media that takes everyone at his own evaluation of himself as they did with Capote, who told them that he was a great writer like Proust (pronounced Prowst) and the hacks ate it up.

“The correct assessment of any reputation today is so far from plausible reality that it might be a good thing if the hacks of a magazine like Newsweek steered clear of characterizing those disliked by the advertisers; hence his creepy son’s depiction of me as a “bully” when I was simply attending to one, and then—o, joy!—Buckley called me a “queer” and actually threatened me with physical violence, so great was his testosterone level. Next, the loyal son, suspecting that the pejorative use of “queer” is politically incorrect in mag-land, Christopher rambles into a story about his father’s kindness to a Mr. Bauman who had lost his seat in Congress after the congressman had been caught while soliciting Oral Sex from a 16-year-old male (note how prurient Newsweek’s prose is, in describing undesirable people). Chris weeps into his computer as he describes how Dad gave the poor sinner of the flesh an envelope containing $10,000 (I bet?) in cash adding, mysteriously, “He was a knightly man”: Who was—the cocksucker recipient of Buckley’s charity? Or his admirer, Mr. Buckley himself?—Bauman was very right wing, it is said. RIP WFB—in hell.” – Gore Vidal, on Newsweek’s lionization of William F. Buckley.

Previous You’re Not Crazy To Eat At McDonald’s,
BUT YOU WILL BE
Next Mike Gravel Joins Libertarian Party