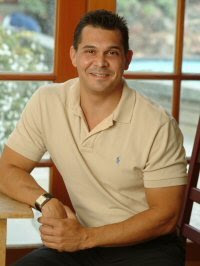 “If I feed a plant poisoned water, it can’t help but absorb some of the poison. We too internalize society’s heterosexism and homophobia that surrounds us, thus imposing limiting standards on ourselves. Those standards are so prevalent that they become a part of us, running our lives whether we’re aware of them or not — whether we believe them or not. We may police our own behavior by monitoring our appearance, mannerisms, and behavior to be seen in a relatively more positive light. When it suits us, we can tone down the signals that we’re gay even after we publicly acknowledge it, muting our true rainbow colors. Acting like chameleons, we’re careful not to stick out too much, not being too flamboyant. It’s easier because we get less flack. Having evolved over many generations of gay oppression, straight acting may in fact be a leftover survival instinct imprinted on our collective unconscious to keep us safe from harm if we’re “too obvious” — in spite of relatively newfound cultural acceptance.” – Advice columnist and author Angelo Pezzote, in a piece published on Advocate.com. Pezzote is the author of Straight Acting: Gay Men, Masculinity and Finding True Love.