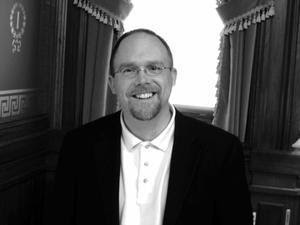 Rants tried a procedural vote that would have moved the measure, House Joint Resolution 8, out of committee and before the full House for a possible debate. Rants’ maneuver failed on a 46-49 vote, with majority Democrats defeating it.

Rants said he was disappointed some Democrats, seven by his count, who have supported a constitutional amendment banning gay marriage in the past did not vote along with him this time. “If those seven had voted with us, it would have passed, but I guess they will have to explain to their constituents why they flip-flopped on this issue,” Rants said.

Because the vote was a procedural vote, no debate was allowed, although the rhetoric surrounding the gay marriage issue has grown more heated in recent weeks at the Statehouse.

The marriage equality issue is currently before the Iowa Supreme Court. As for the picture of Rants, um….PING.