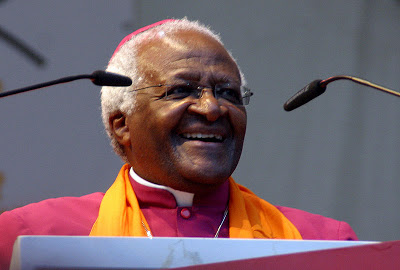 Desmond Tutu will receive the 2008 Outspoken Award from the International Gay & Lesbian Human Rights Commission. The executive director of the IGLHRC, Paula Ettelbrick, says, “Archbishop Tutu’s vision of a world in which human rights are respected has always explicitly included LGBT people, despite the fierce opposition he has faced from his peers and colleagues. He has challenged political apartheid in South Africa and continues to challenge spiritual apartheid within his religious community.” The award will be bestowed in San Francisco on April 8th, where IBM will also be honored for its work in support of the IGLHRC in Latin America.