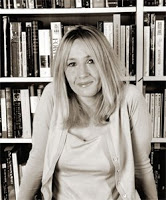 “Homophobia is a fear of people loving, more than it is of the sexual act. There seems to be an innate distaste for the love involved, which I find absolutely extraordinary. The issue is love. It’s not about sex.” – Harry Potter author J.K. Rowling, speaking about the right wing’s furor regarding her revelation that Dumbledore was gay.

Rowling: “Fundamentalism is, ‘I will not open my mind to look on your side of the argument at all. I won’t read it, I won’t look at it, I’m too frightened.’ That’s what’s dangerous about it, whether it be politically extreme, religiously extreme. In fact, fundamentalists across all the major religions, if you put them in a room, they’d have bags in common! They hate all the same things, it’s such an ironic thing.”