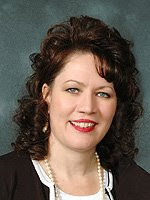 A change may be coming in Florida’s gay adoption law, although wingnut state Sen. Ronda Storms (left) plans to block the bill in committee.

A state senator has filed legislation to ease a three-decade old ban on gays adopting children in Florida. Sen. Nan Rich (D) has filed similar bill over the past three years but none has made it a vote. The same thing is likely to happen this time. The bill has been assigned to a Senate committee headed by Sen. Ronda Storms (R) who ran on a platform of opposing same-sex marriage and maintaining the adoption ban.

Gays and lesbians in Florida are allowed to serve as foster parents but are barred from adopting. Rich’s bill would remove the ban but leave it to a judge to determine the best interests of a child. The measure has the support of a number of groups including state LGBT organizations, the ACLU, the National Council of Jewish Women and Planned Parenthood.

Gov. Charlie Crist (R) opposes the bill. Crist, who has previously voiced his support for civil unions believes it is not in the best interests of children to place them with gays.

Storms said Wednesday she has no intention of letting the legislation come to a vote in committee. There are more than 3900 children are in Florida’s foster care system awaiting permanent homes. The ban was passed in 1977 in response to Anita Bryant’s infamous anti-gay campaign.

In 2005 the US Supreme Court refused to hear an appeal of the adoption ban after the Court of Appeals for the Eleventh Circuit declined to hear the case. The American Civil Liberties Union brought the lawsuit on behalf of four gay men who would like to adopt in Florida but are prevented from doing so by the state law.

Florida is the only state that bans gay individuals from adopting.