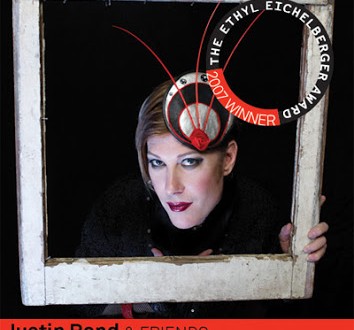 An only in NYC must-see now running at PS122 in the East Village and starring the incomparable Justin Bond:

LUSTRE is a night of music, monologues and song and dance for, by, or about transgendered people. Justin’s friends include Our Lady J, Glenn Marla, Nathan Carrera, and The Pixie Harlots; plus special nightly surprise guests including Taylor Mac and M. Lamar!

The show runs Wed.-Sun until March 9th, with additional shows on Saturdays at 11PM. Get tickets here. I’m going!