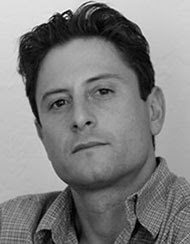 “Clearly, the answer to Jamaica’s love affair with lynching is an aggressive campaign designed to put the clamp on tourism – particularly the cruise industry. The goal should be to strangle Jamaica’s economy and force the island to change or suffer severe consequences. With tourism Jamaica’s second largest source of revenue, such a campaign could have a powerful impact that achieves tangible results.

“It appears that four major cruise lines are the main conduits in which people infuse Jamaica’s economy with blood money. They are Carnival, Costa, Celebrity and Royal Caribbean. The ports where the ships leave are Miami, Fort Lauderdale, Port Canaveral and Galveston.

“It is imperative that one of the GLBT international groups or a major U.S. gay rights group create a campaign to shame these corporations and the passengers that travel on their ships. With so few ports, it would be relatively simple to call for a boycott and picket, while handing hand out informational flyers to cruisers. A “Boycott Jamaica” advertising campaign would greatly strengthen these actions. Billboards would need to be strategically placed along I-95 between Miami and Fort Lauderdale with the bold headline: “JA-MURDER.”

“Undoubtedly, there are many passengers with gay friends and family members who are unaware of Jamaica’s sickening and immoral violence against GLBT people. Once informed, many individuals would opt to vacation elsewhere. There is no doubt that with a concerted effort, Jamaica could be brought to its knees.” – Activist and author Wayne Besen, responding to recent news reports of the ongoing violence against gays in Jamaica.