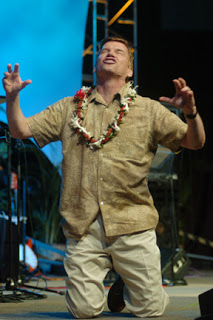 The new pastor at Denver’s New Life Church, former home to Ted Haggard, has issued a press release announcing that Haggard has requested to leave the team created to “restore” him as a Jeebus-fearing breeder and that as Haggard’s restoration is “incomplete”, he is not welcome to return to New Life. It appears that the best brainwashers in the business have failed with their most famous subject.

Ted Haggard’s leadership of New Life Church for many years was extraordinary and the depth of spiritual maturity that is found today in the church is in large part attributed to his leadership as the founding senior pastor.

In January 2007, Ted Haggard voluntarily agreed to enter a process of spiritual restoration. He has selected Phoenix First Assembly and Pastor Tommy Barnett as his local church fellowship and is maintaining an accountability relationship there. He has recently requested to end his official relationship with the New Life Church Restoration Team and this has been accepted by them.

New Life Church recognizes the process of restoring Ted Haggard is incomplete and maintains its original stance that he should not return to vocational ministry. However, we wish him and his family only success in the future.

Because spiritual restoration is a necessarily confidential process, the church does not anticipate that it, or its Overseers or Restorers will make further comment about it.

Could it be that Haggard has been unable to give up the menz? Should we be alarmed by the prospect of Haggard finally coming out, however unlikely? Would you welcome him to the family? It would certainly prove an interesting experiment to see the wingnut reaction, not to mention the spin gay activists might put on such an outcome.