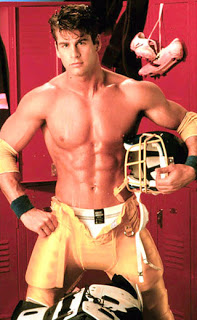 Katapodis also gave $10,000 of charity money to Mayor Langford, which the mayor claims he donated to a private charity under his control.

The questions about Computer Help for Kids, created in 2000 to carry out Langford’s first computer-for-every-child promise as Fairfield mayor, come as the Birmingham City Council considers an agreement allowing a new charity backed by Langford to distribute computers to students. John Katopodis, a close friend of Langford who is organizing the mayor’s initiative, faces questions in a civil lawsuit and in federal subpoenas about how he managed Langford’s first computer charity.

The civil lawsuit filed by HealthSouth Corp., which donated money and computers, questions why the first computer charity gave Langford money, paid for casino trips and handed out donated computers to friends and politicians.

Katopodis testified in his deposition that Donais [Idol], the adult-film actor, was paid to help the Council of Cooperating Governments and the Computer Help for Kids programs, both of which were handling money and expenses for Langford’s computer initiative. Donais, a former Playgirl Magazine centerfold, has starred in seven gay adult films. Katopodis pointed out in his testimony that Donais also has appeared in plays in New York City.

“He’s a businessman and had been working as, had done several off-Broadway productions and had been writing a play,” Katopodis testified. “I don’t know what else he was doing, you know.”

Under further questioning, Katopodis said Donais worked for the computer charity without any formal training in that area. “He repaired computers. He, as I say, helped us, he traveled helping to try to set up computer programs in other areas among disadvantaged communities,” Katopodis said.

Today Katapodis stepped down the Computer Help For Children board of directors. Mayor Langford is also the subject of an unrelated investigation from the Securities and Exchange Commission for “bond swap” transactions he made while president of the Jefferson County Commission.