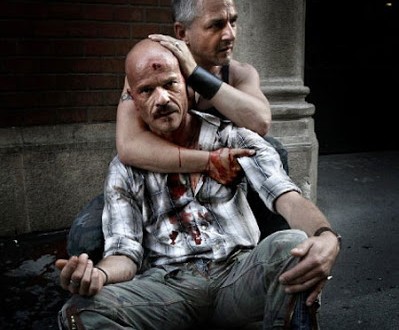 A photo of Hungarian gay-bashing victims has won second place in the World Press Photo Of The Year 2007 Awards. The couple was photographed in Budapest by Zsolt Szigetváry as they awaited medical attention. First prize went to a photo of an American serviceman resting in his bunker in Afghanistan. Here’s a gallery of other winners.