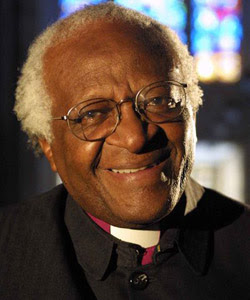 “As a moral leader we know that you do not wish to see Uganda citizens suffer unnecessarily, and we are therefore asking you to call an end to the witch hunt against the most vulnerable in your community.

“We are particularly concerned that members of your government have called for criminal action against people solely because of whom they love and have censored and silenced attempts by LGBT people to speak on their own behalf. These actions only promote fear, profound isolation and invisibility.” – From a letter to Uganda President Yoweri Museveni, cosigned by Archbishop Desmond Tutu and over 120 other Christian and Jewish leaders.

Homosexual sex in Uganda is punishable by up to 14 years in prison.