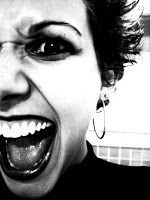 Women have just experienced the ultimate betrayal. Senator Kennedy’s endorsement of Hillary Clinton’s opponent in the Democratic presidential primary campaign has really hit women hard. Women have forgiven Kennedy, stuck up for him, stood by him, hushed the fact that he was late in his support of Title IX, the ERA, the Family Leave and Medical Act to name a few. Women have buried their anger that his support for the compromises in No Child Left Behind and the Medicare bogus drug benefit brought us the passage of these flawed bills. We have thanked him for his ardent support of many civil rights bills, BUT women are always waiting in the wings.

And now the greatest betrayal! We are repaid with his abandonment! He’s picked the new guy over us. He’s joined the list of progressive white men who can’t or won’t handle the prospect of a woman president who is Hillary Clinton (they will of course say they support a woman president, just not “this” one). ‘They’ are Howard Dean and Jim Dean (Yup! That’s Howard’s brother) who run DFA (that’s the group and list from the Dean campaign that we women helped start and grow). They are Alternet, Progressive Democrats of America, democrats.com, Kucinich lovers and all the other groups that take women’s money, say they’ll do feminist and women’s rights issues one of these days, and conveniently forget to mention women and children when they talk about poverty or human needs or America’s future or whatever.

This latest move by Kennedy, is so telling about the status of and respect for women’s rights, women’s voices, women’s equality, women’s authority and our ability – indeed, our obligation – to promote and earn and deserve and elect, unabashedly, a President that is the first woman after centuries of men who ‘know what’s best for us.’

The “ultimate betrayal”? I appreciate and value the work of NOW, yadda yadda yadda, but good grief. This is so over the fucking top. Poor Hillary, her strongest supporters just keep right on shooting her in the foot, don’t they?

Previous Bears In Dresses
Next The Gays Are Killing Ford!