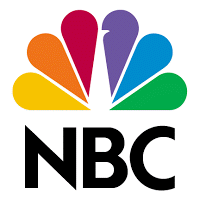 Christian activists are demanding an apology from NBC for portraying Christians as “violent Bible thumpers.”

A recent “Law & Order” show portraying a leader in a college Christian ministry as anti-homosexual and Christians as “Bible thumpers” is drawing ire from a watchdog group for anti-Christian bigotry.

In the opening of the NBC show’s episode last week, a leader in a college Christian ministry, who opposed homosexuality, was portrayed as being guilty of making death threats against a professor studying the “gay gene.” The lead detective also refers to Christians as “Bible thumpers.”

There is a relentless attempt by the media to stereotype Christians as prone to violence, said Dr. Gary Cass, chairman and CEO of the Christian Anti-Defamation Commission, as he criticized the producers as insensitive.

Contrary to the media’s portrayal, Christians are often the victims of violence and not the perpetrators, said Cass. He noted that there are rare reports from around the world of Christians murdering a Muslim or a Hindu but frequent news on Hindus murdering Christians.

He added that it is negative portrayals of Christians like that featured in “Law & Order” which are used to “legitimate violence against Christians.” The Christian leader was also stereotyped as being anti-homosexual, which reflects a common perception among young adults, according to a recent study.

The best quote from the story: “Every once in a while, some nutjob Christians will do something stupid,” acknowledged the CADC head.

Every once in a while, yeah.