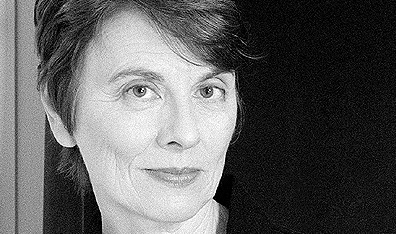 “Hillary’s willingness to tolerate Bill’s compulsive philandering is a function of her general contempt for men. She distrusts them and feels morally superior to them. Following the pattern of her long-suffering mother, she thinks it is her mission to endure every insult and personal degradation for a higher cause — which, unlike her self-sacrificing mother, she identifies with her near-messianic personal ambition.

“It’s no coincidence that Hillary’s staff has always consisted mostly of adoring women, with nerdy or geeky guys forming an adjunct brain trust. Hillary’s rumored hostility to uniformed military men and some Secret Service agents early in the first Clinton presidency probably belongs to this pattern. And let’s not forget Hillary, the governor’s wife, pulling out a book and rudely reading in the bleachers during University of Arkansas football games back in Little Rock.

“Hillary’s disdain for masculinity fits right into the classic feminazi package, which is why Hillary acts on Gloria Steinem like catnip. Steinem’s fawning, gaseous New York Times op-ed about her pal Hillary this week speaks volumes about the snobby clubbiness and reactionary sentimentality of the fossilized feminist establishment, which has blessedly fallen off the cultural map in the 21st century. History will judge Steinem and company very severely for their ethically obtuse indifference to the stream of working-class women and female subordinates whom Bill Clinton sexually harassed and abused, enabled by look-the-other-way and trash-the-victims Hillary.” – Camille Paglia, in her Salon.com essay endorsing Barack Obama.

Here’s the Steinem op-ed piece referred to by Paglia.

Previous NYC AIDS Deaths Lowest Since ’84
Next Cuomo On Obama